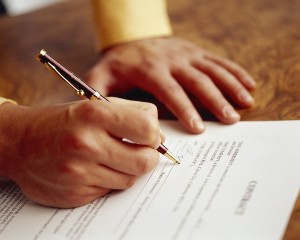 Divorce attorneys in West Palm Beach agree that prenuptial agreements have been around and been used before marriages for more than 30 years.  For couples who have one or more of the partners with extensive wealth before the marriage or who own a business, a prenuptial can provide important financial structure in the event that a marriage ends in divorce.

A postnuptial agreement is a contract written after the marriage vows are spoken. They typically deal with every-day issues in the relationship, most commonly dealing with financial wrestling between the couple.

Scott Weston an LA attorney who co-authored a book about such agreements and whose high-profile clients have included Robert Iger, chief executive of the Walt Disney Company and boxer Oscar de la Hoya, says “Postnups, while much less common than prenuptial agreements, are gaining in popularity. Nearly 50 percent of attorneys polled by the American academy of Matrimonial Lawyers reported an increase in the number of postnups from 2002 to 2007.”

“President of AAML, Ken Altshuler, says that since then, his own informal polling has shown a steady increase in the number of couples across all age groups drafting postnuptial agreements.”

Still, some may wonder why there is a need for such agreements. Isn’t marriage the place to learn, together, how to make decisions about family time, finances and more? Sure, but some couples benefit from the structure that a postnuptial agreement provides.

In another report consistent with the trend, “Other lawyers say a postnup can serve as a sort of reset button for a marriage. If a spouse suddenly comes into a financial windfall—an inheritance, say, or a fancy new salary—he or she (or both of them) may want to reevaluate the financial terms of the relationship.”

If you are married or engaged, there are many ways to decide about finances and other serious issues. Some form of contractual agreement may assist in reducing the stress involved in a crisis or daily decisions. Consulting a qualified attorney is the best way to find out if a prenuptial or postnuptial agreement is right for you.